The PEACETIME (ProcEss studies at the Air-sEa Interface after dust deposition in the MEditerranean sea.) cruise managed by LOV (Cécile Guieu) and LISA (Karine Desboeufs), departed yesterday evening (May 11th) from La Seyne (France) onboard the French oceanographic research vessel Pourquoi Pas. A team of 40 scientists will study the impact of atmospheric deposition on the ocean during 33 days.

An international and multidisciplinary scientific team will travel the central and western Mediterranean in search of atmospheric deposition of Saharan dust. Their aim is to study processes at the interface between the atmosphere and the ocean in this region of the world where atmospheric input plays a key role as a nutrient source for the marine biosphere.

PRECYM is involved in the project. M. Thyssen and G. Grégori have installed onboard the Cytobuoy automated flow cytometers.

These automated instruments will be remotely operated by the two scientists, from land, thanks to an internet connection. These flow cytometers have been specially designed for aquatic microbes (Cytobuoy b.v.).

The goal is to study the composition and distribution of these marine microorganisms along the track of the ship during the cruise in the Mediterranean Sea. This campaign will allow to better understand how atmospheric deposition affects the functioning of the pelagic ecosystem in order to more accurately predict the future of biodiversity in the Mediterranean.

On board, the scientific team will combine in situ observations in the atmosphere and ocean with process studies in the water column. This will allow to characterize the chemical, biological and physical properties of the atmosphere, the marine surface micro-layer, and the deeper layers of the Mediterranean. 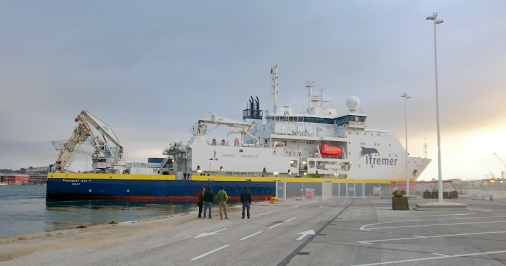 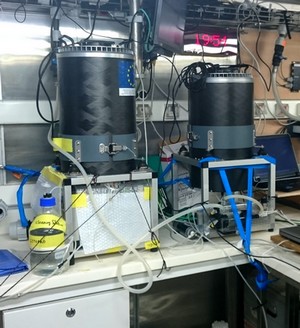 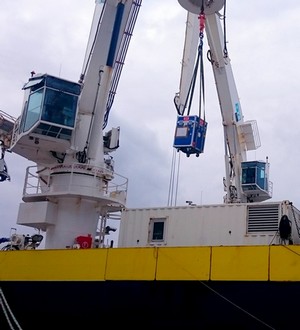 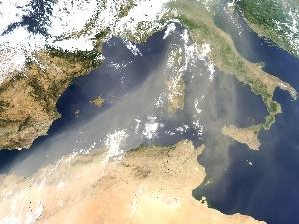